The ADATA Legend 960 (starts at $129.99 for 1TB as tested) is a PCI Express 4.0 NVMe solid-state drive that delivered strong benchmark scores for both program loading and gaming in our tests. Equipped with a thin heat spreader, the internal SSD can be used as secondary storage in a PlayStation 5 and its hardware-based encryption keeps your data secure. It should be an appealing choice for gamers, game designers, creative pros, and graphic artists who like playing AAA games after hours.

An SSD for All Seasons

Scheduled for release October 10 in 1TB and 2TB capacities, the Legend 960 is available for preorder via online retailers at the prices shown in the table below. It’s a PCIe 4×4 drive built on an M.2 Type-2280 (80mm long) “gumstick” PCB. It employs the NVMe 1.4 protocol over the PCIe 4.0 bus, based on a Silicon Motion SM2264 controller and Micron’s 176-layer 3D TLC NAND flash. To accommodate this memory as well as its other components, chips are affixed to both sides of the circuit board, making it too thick for a few ultra-thin laptops. (Check out our glossary of SSD terms if any of the above lingo is unfamiliar to you.)

As noted, a thin metal heat spreader is included and can be applied to the top of the drive by peeling off the plastic that covers its adhesive strip. We ran our benchmark tests with the heat spreader in place. Even with the spreader, the Legend 960 is slim enough to fit into a PlayStation 5’s open slot, and spec-wise it easily fulfills Sony’s recommendations for use with the PS5. ADATA rates the drive for a write speed of up to 6,400MBps when used with the console. 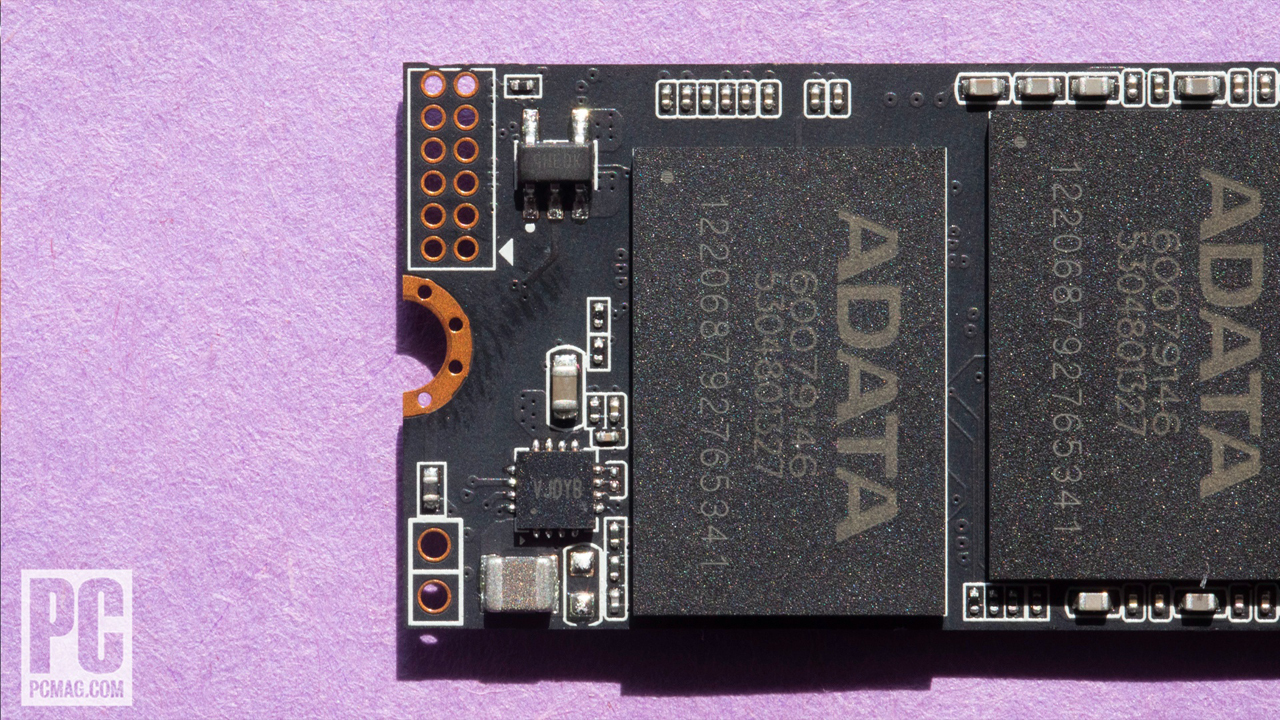 The “terabytes written” spec is a manufacturer’s estimate of how much data can be written to a drive before some cells begin to fail and get taken out of service. (TBW tends to scale 1:1 with capacity, as with the drives cited here.) ADATA warrants the Legend 960 for five years or until you hit the rated TBW figure in data writes, whichever comes first.

As for software, ADATA offers its free SSD Toolbox suite, providing a wide range of control utilities and health checks for the drive. The Legend 960 also supports hardware-based AES 256-bit encryption, widely regarded as the gold standard for consumer SSDs.

We test PCIe 4.0 internal SSDs using a desktop testbed with an MSI X570 motherboard and AMD Ryzen CPU, 16GB of Corsair Dominator DDR4 memory clocked to 3,600MHz, and an Nvidia GeForce discrete graphics card. We put the Legend 960 through our usual internal solid-state drive benchmarks, comprising Crystal DiskMark 6.0 and PCMark 10 Storage, as well as a relatively new test, UL’s 3DMark Storage Benchmark, which measures a drive’s performance in a number of gaming-related tasks .

The ADATA Legend 960 became the first SSD to post a sequential read speed over 7,500 megabytes per second (MBps) in our Crystal DiskMark testing, edging out four drives that tested in the range of 7,400MBps (ADATA’s own speed rating for the drive). It posted the second highest sequential write score in our test group, effectively matching the manufacturer’s 6,800MBps rating. On the minus side, its 4K write score was near the bottom of the pack.

In the PCMark 10 Overall Storage benchmark, which measures a drive’s speed in everyday storage tasks such as loading games and launching the Windows operating system and various programs, the Legend 960 delivered the third highest score in our comparison group, behind the SK Hynix Platinum P41 and the WD Black SN850X.

Its results in PCMark trace testing, which evaluate the individual components that go into the overall score, were generally strong, leading the field in booting Windows and loading Adobe Photoshop and Premiere Pro. Its game launching results were also above average. Its one stumble came in the large-file (ISO) copy trace, where it finished last in the group. 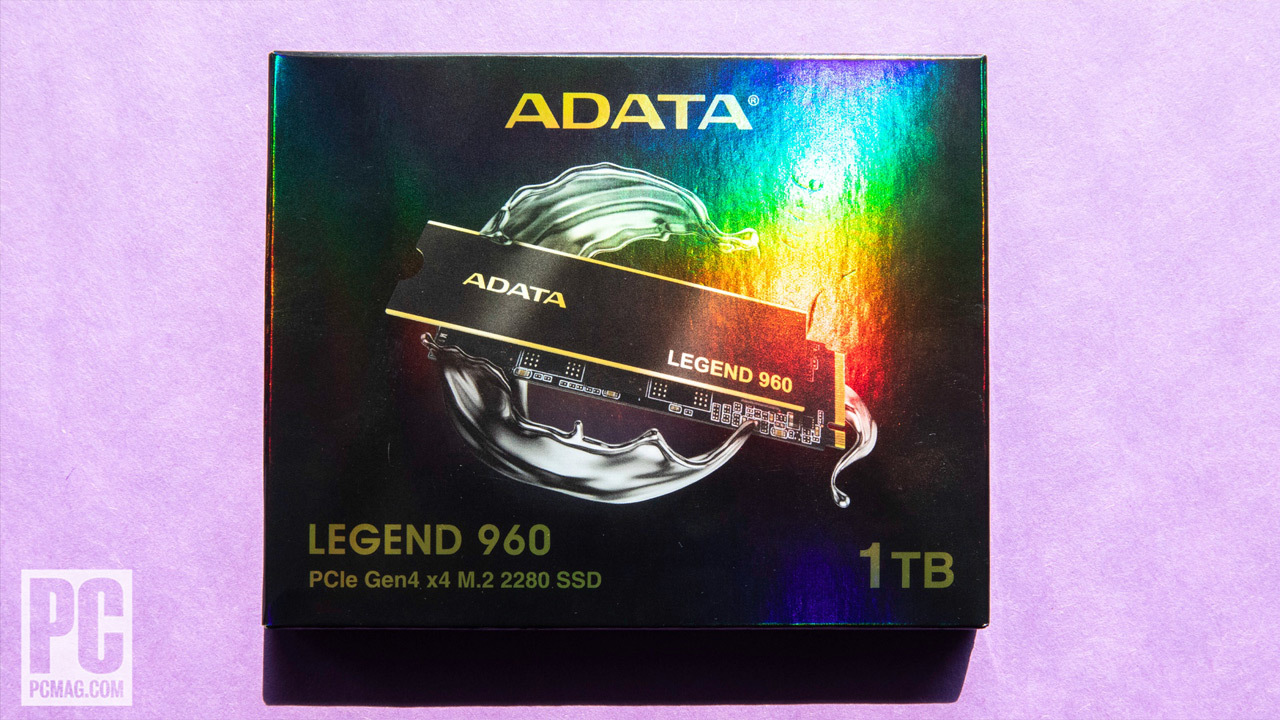 Finally, the Legend 960 turned into one of the higher scores in our relatively new 3DMark Storage gaming-oriented benchmark, trailing only the SK Hynix P41 and WD Black SN850X.

With sizzling sequential read and write speeds and excellent scores in several benchmarks, the ADATA Legend 960 is a good choice as a premium SSD for photographers, videographers, graphic artists, or gamers. Double-sided and with a slim heat spreader, the drive can be used with desktops as well as some laptops and the PlayStation 5. Its 256-bit hardware-based encryption will put the Legend in good stead with anyone who values ​​data security.

Assuming we see, in time, modest retail markdowns from its launch price, the Legend 960 will likely sell at a similar price to the ADATA XPG Gammix S70 Blade, a high-performance SSD with a very similar feature set that won an Editors’ Choice award a year ago. Although the new drive posted slightly better test results than the S70 Blade, the market hasn’t stood still, and a couple of recent speedsters have stolen our top honors. 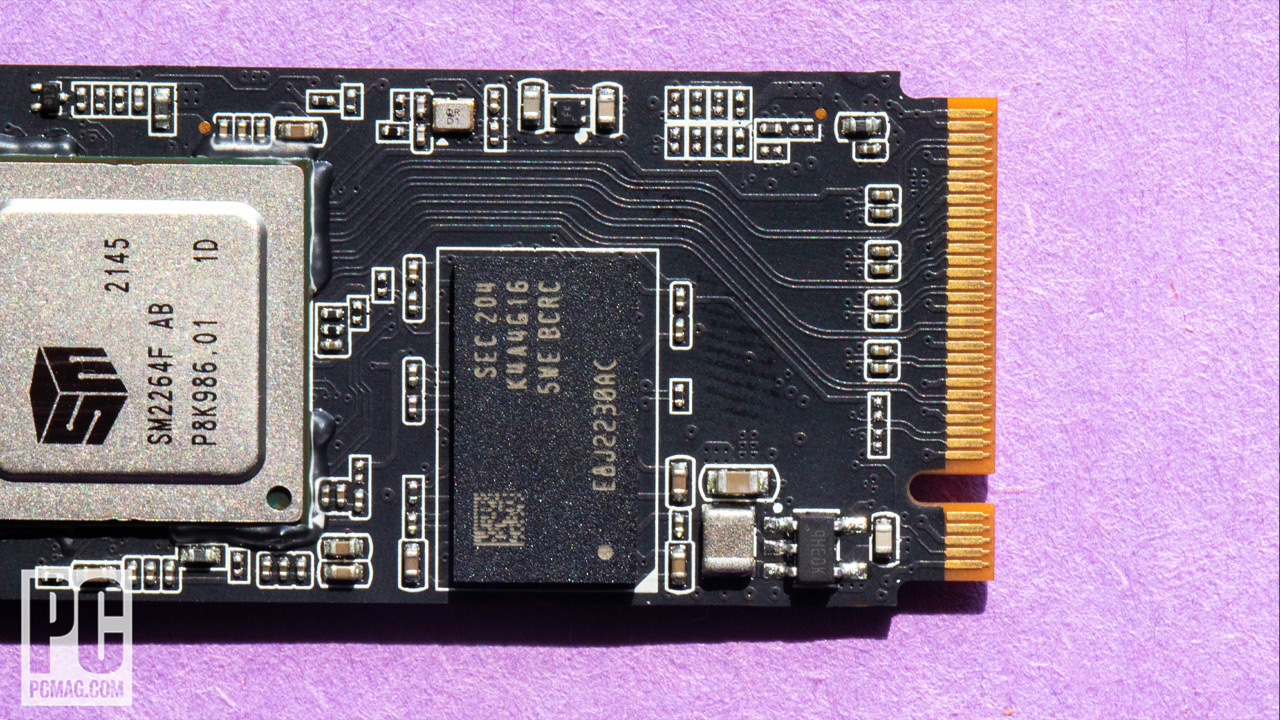 But although the 960 didn’t quite match the gaming or overall storage prowess of the Editors’ Choice-winning SK Hynix P41 and WD SN850X, it managed impressive scores in several individual tests including launching Windows, loading Adobe Photoshop and Premiere Pro, and 4K read speed (relevant to gaming). The ADATA Legend 960 is a great all-around performance play, whether you need a drive for your studio or gaming rig or are adding extra storage to a PS5.