Blake Lively gave fans a glimpse of her baby bump in a new photo series that she shared onto her Instagram earlier on Saturday.

The Gossip Girl alum, 35, revealed that baby number four was on the way during the 10th Annual Forbes Power Women’s Summit on Thursday where she donned a form-fitting dress to showcase her bump.

Lively stated in her Instagram post that was sharing the new pics to try and stave off the paparazzi.

The Town star wrote that there were 11 photographers camped outside of her home in the hopes of snapping a pic of her belly.

Lively wrote: ‘You freak me and my kids out.’

The mother of three, soon to be four, shared a photo of herself sending a big smile to the camera while wearing a one-piece swimsuit.

She could be seen putting on a layer of sunscreen as she prepared to soak up the summer sun.

Other snaps Blake uploaded showed herself posing with a few of her celebrity friends, such as Taylor Swift.

In the photo, the two besties could be seen hugging each other, while The Age Of Adeline actress donned a pink bikini, giving another glimpse of her baby bump.

Lively’s mother, actress Robyn Lively, wrote in the comments: ‘Makes me angry you have to share such private photos to try and regain your privacy… I love you and I hope these A-holes back off.’

Leonardo DiCaprio’s latest squeeze, Gigi Hadid, 27, commented on the pic saying: ‘U da best B!’ Prior to turning 25, Lively dated DiCaprio for a few months in 2011. 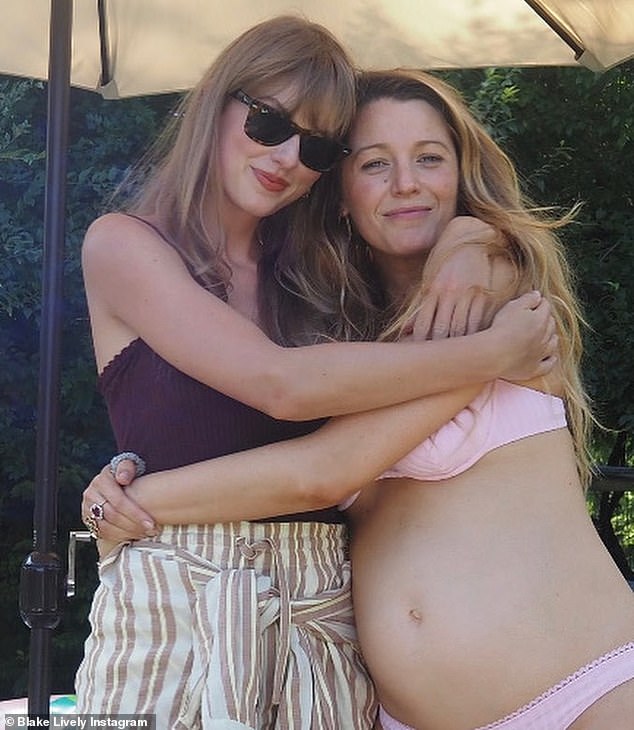 Close friends: In the assortment of photos, the actress showed herself posing with a few of her close pals, including singer, Taylor Swift 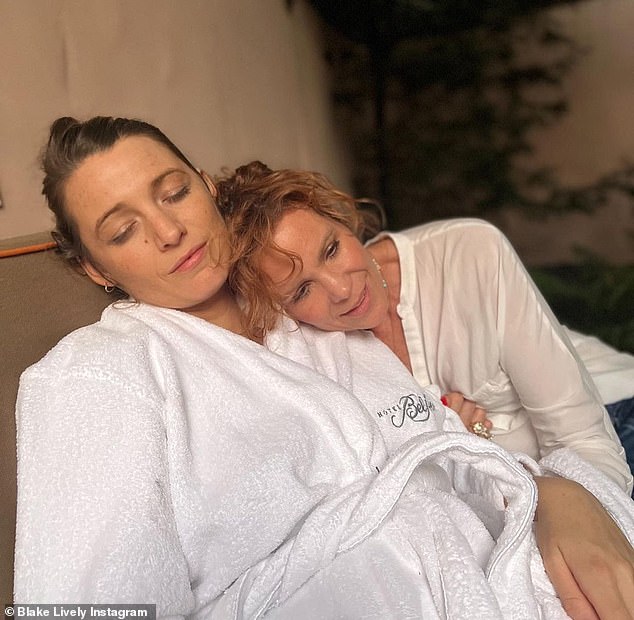 Sisterly love: Another cute snap showed the star with her sister and fellow actress, Robyn Lively

Blake uploaded a cute photo of herself resting in a comfy, white robe as her sister and Twin Peaks alum, Robyn Lively, rested a hand on her bump.

The stunning star was seen with a big smile in the snaps, and appeared to be more than thrilled to add another child into their growing family.

The actress could be seen posing with her husband, Ryan, in a few of the pictures she shared to her 35.2 million followers on Instagram.

The happy couple first met on set of Green Lantern in 2010, and began dating one year later. In 2012, the two lovebirds said the words, ‘I do,’ during a lavish wedding ceremony in South Carolina.

They share three daughters together, and a source recently told Us Weekly that Blake and Ryan, ‘are hoping for a boy this time around. But, of course, they just want a healthy baby, no matter the gender.’ 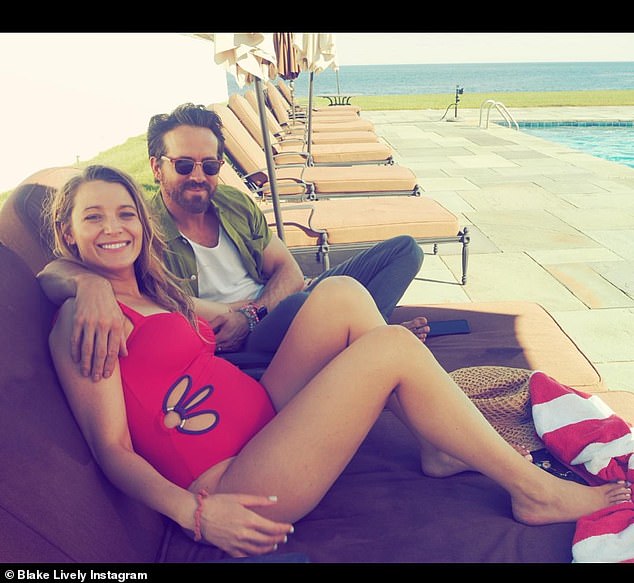 Lovebirds: Blake and Ryan first crossed paths on the set of Green Lantern and tied the knot two years later in 2012 in South Carolina 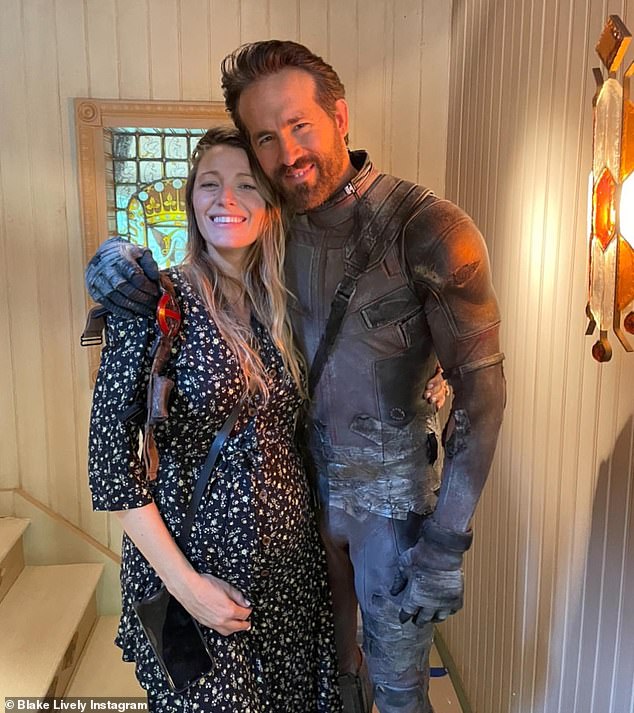 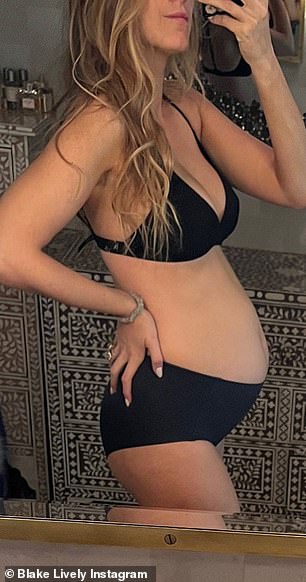 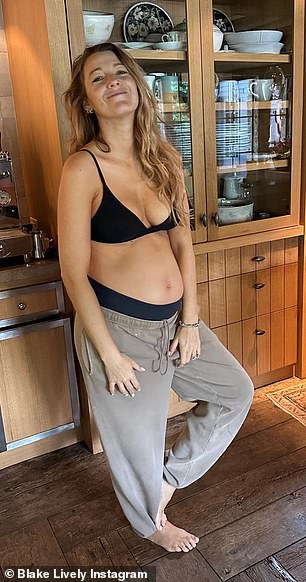 Excited: The Gossip Girl alum appears to be thrilled to be welcoming another child to her growing family

The source also explained to Us Weekly that the excited parents believe, ‘The timing is perfect because all of their kids are two years apart so they’re keeping with the pattern.’

Once the announcement was out, another insider close to Blake informed to People, ‘She happens to be a really attentive mom. Her kids are her first priority over everything.’

‘You would never think that Blake Lively, this superstar and beautiful woman, would be this regular person who cooks dinner every night and takes care of the family but she is really wonderful with the kids.’

‘She wants to be that old-fashioned kind of mom when the kids are out or sleeping that’s when she makes time to do work stuff,’ the source added to the entertainment publication. 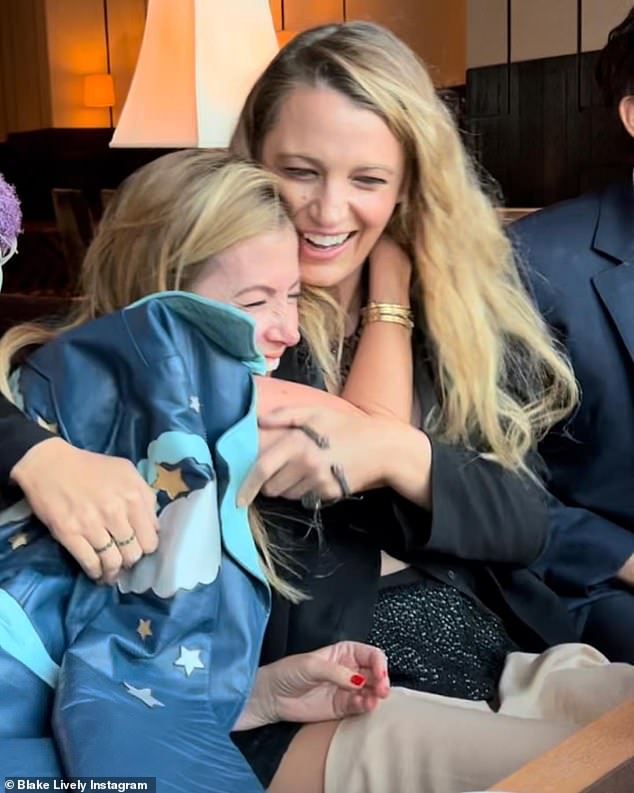 Support: The talented actress shared snaps of her close pals and family members who are there to support her 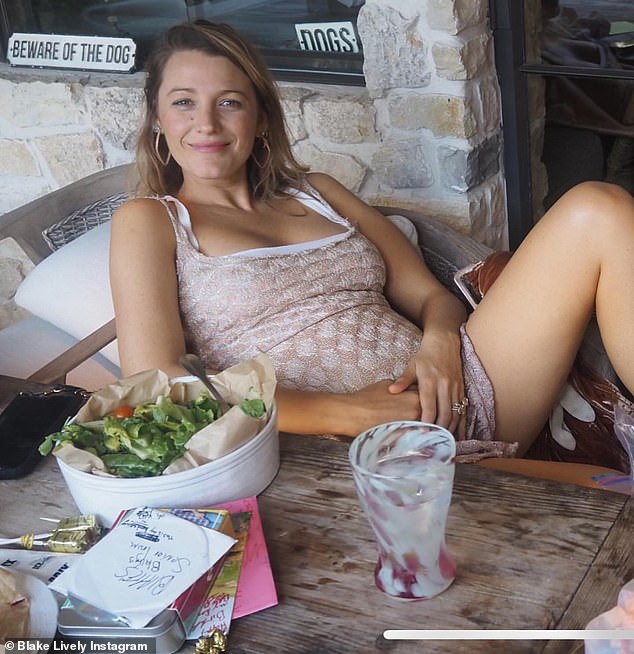 Announcement: Blake revealed to the world that she was expecting baby number while showing off her growing bump in a form-fitting dress at the 10th Annual Forbes Power Women’s Summit on Thursday 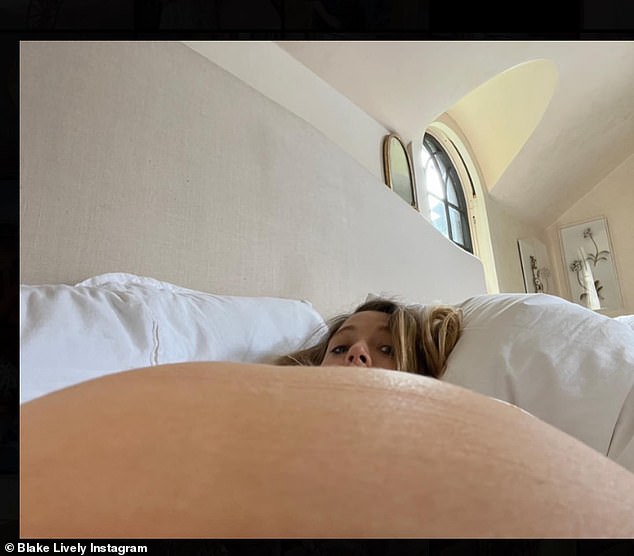 Adorable! All of Blake and Ryan’s children are two years apart, including baby number four that is on the way

Blake made the big announcement that she was expecting a fourth child when she made a glamorous appearance at the 10th Annual Forbes Power Women’s Summit on Thursday in New York City.

She flaunted her incredible pregnancy style by wearing a pair of white, Valentino platforms heels along with a fashionable white scarf.

‘Blake is relieved that the secret is out. She held it in until she couldn’t anymore,’ an insider admitted to Us Weekly. ‘She loves dressing up her baby bump and wanted to make a statement. She’s truly glowing.’ 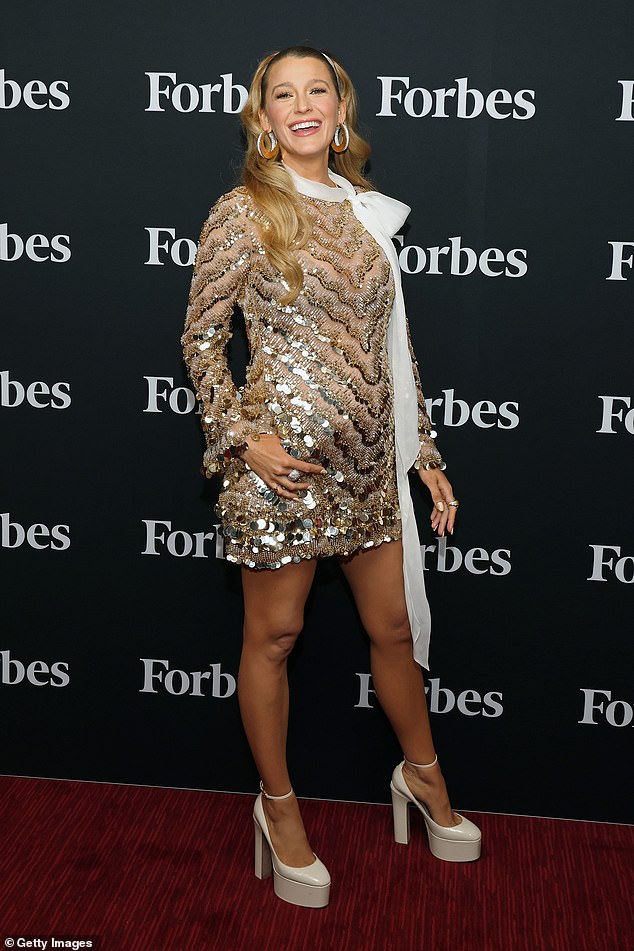 The secret is out! A source close to the stunning actress Us Weekly that she, ‘is relieved that the secret told is out’; pictured on Thursday in NYC