A Victorian equality advocate has called for a rape victim to be ‘late on at every opportunity’ after she objected to attending support sessions with a transgender woman who dressed and acted like a man.

Victorian Women’s Trust board member Leena van Deventer tweeted that a British rape victim ‘should be spat on at every opportunity’ because she launched legal action against The Survivors’ Network.

The victim, who cannot be named for legal reasons, alleged indirect discrimination against the welfare organization after it insisted the transgender woman sit-in on rape support sessions. 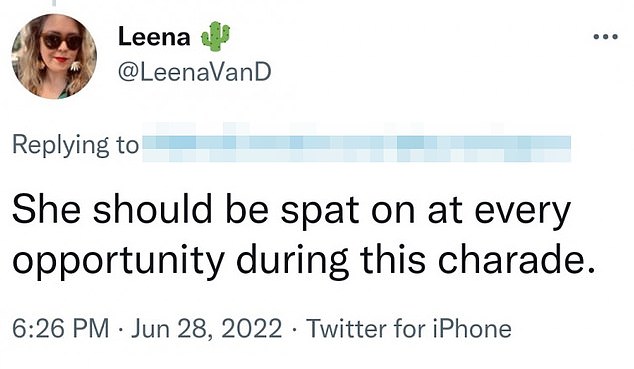 An enraged van Deventer – a writer and video game developer who has taught at RMIT and Swinburne University – doubled down on the victim, following up with another vicious tweet where she labeled her a ‘sh*theel’.

‘I hope she falls into a well,’ van Deventer tweeted.

The Victorian Women’s Trust had been operating for 36 years solely supporting women and girls – until six years ago when it began to include gender diverse people, including biological men who identify as women.

Trust CEO Mary Crooks told Daily Mail Australia it would stand by van Deventer and would not be removing her from the board.

‘Leena has done what I thought she’d do and expressed deep remorse and understood there is no constructive path gained by her in going into the gutter on social media,’ Ms Crooks said.

‘She has learned a lesson and frankly I’m proud of the approach we have taken and proud of her response.’

The rape victim, who holds a deep distrust of men, claims she suffered a panic attack after attending the support group.

After the support meeting, the rape victim said she had a panic attack and was absolutely disturbed.

The Coalition for Biological Reality has created a petition calling on the Trust to remove van Deventer from the board of an organization that claims to promote women.

‘What Leena said is abhorrent,’ she stated. 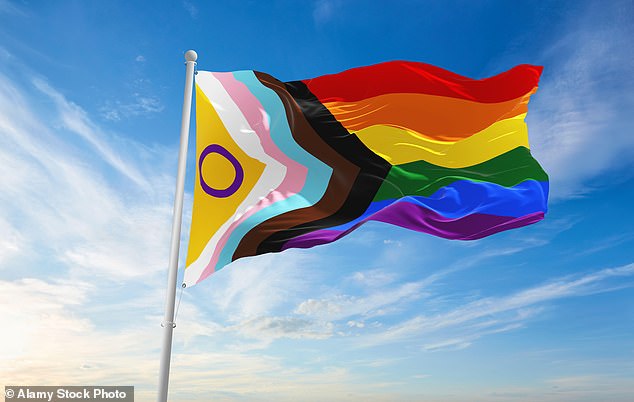 ‘This UK woman felt unsafe in a group that included a male. If you extend that to public toilets, change rooms, prisons it is perfectly reasonable for women to feel unsafe and uncomfortable opening up about their sexual trauma in front of males or undressing in front of a male. It’s common sense.’

Ms Frei said if all women’s support groups allowed transgender women, where could women who have been assaulted by transwomen go for help?

‘Women’s organizations running these services could partner with an LGBT organization and set up a group for transwomen and transmen or have an inclusive group while still offering a separate group for females only,’ she said.

‘It’s about creating options rather than forcing this ideology on women.’

Ms Frei said she believed the Victorian Women’s Trust had effectively become an LGBT organization and was not in a position to campaign in the interests of women.

Her report, Supporting Women in Domestic and Sexual Violence Services, found a person with a male body presented a potential threat to biological women that someone without that physiology did not. 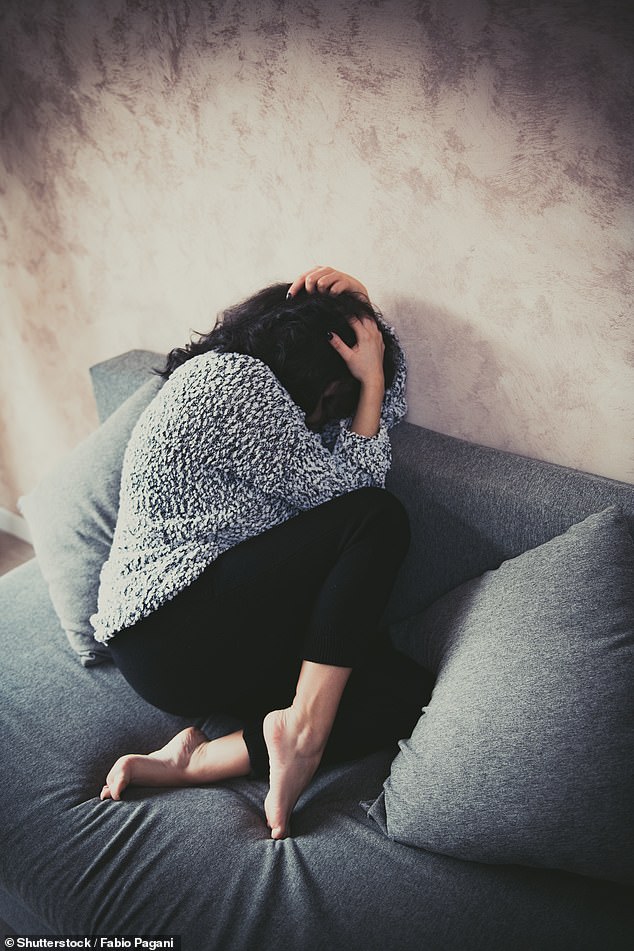 Further, there is no evidence to suggest that threat changes if the male identifies as a woman.

Dr Williams interviewed scores of victims of violence and sexual assault and found allowing transwomen to attend support groups would deny those women emotional safety and prevent many ethnic minority women from attending those groups.

Ms Crooks maintained the organization was not prepared to turn its shoulder from someone who identified as female.

While Ms Crooks agreed the majority of family violence and sexual assaults were perpetrated by males against women, she refused to exclude those who identify as women from women’s groups.

‘Society has to be much more creative and considered and thoughtful in coming up with solutions that enable people to participate in their worlds,’ Ms Crooks said.

‘I understand the tensions and nervousness and the way in which people might want to prosecute their cases, but we need to find ways all people are supported and valued.

‘If a transwoman is in a sexual assault group because they’ve been the subject of a rape, then that person deserves support. If a group is not comfortable with the person in the group, the agency needs to find a way to accommodate both sets of needs.’

Meanwhile, van Deventer claims to be ‘resetting her focus’ and ‘asserting her desire to concentrate on positive, fruitful work’.

‘This is my focus and will remain my focus,’ she said.