THE SHOW | Only Murders in the Building

THE PERFORMANCE | Week after week, Gomez delivers an emotionally astute performance, deftly mining Mabel Mora’s trauma. But it was Tuesday’s episode, which got to the root of her selective memory, that afforded Gomez her greatest showcase of all.

So much of Mabel’s journey, especially in Season 2, has been about her desire to run from her past and start anew. You could sense in Gomez’s gravelly tone just how much it pained Mabel to remember those she has lost, telling Theo just how difficult it is to walk past the front gate of the Arconia, only to be reminded of Zoe, or to walk past Tim’s door and be haunted by visions of his dead body. But in order to break free of her psychological scars, Mabel would first have to confront the greatest of them all: losing her father to stomach cancer when she was just 7 years old.

“I didn’t know how to cope with him dying, so I didn’t,” she told Theo, hesitating after each and every word as if this was the first time she’d ever discussed his death out loud. “Instead, I flipped the pieces over in my mind until I couldn’t see the image anymore.”

But as she continued to talk about it openly, there was also a real sense of catharsis, which manifested itself not only in Gomez’ delicate delivery, but in her eyes. As she flipped the metaphorical puzzle pieces in her mind and watched as they floated away, a single tear was all Gomez needed to express the weight being lifted off Mabel’s chest. Her wounds hadn’t magically healed — only now could she fully access her memory of Bunny dying in her arms — but she could move forward and find a way to live with her pain, rather than box it away.

HONORABLE MENTION | Dallas Goldtooth is consistently one of Reservation dogs‘ brightest stars and in this week’s premiere, the actor didn’t disappoint. As Spirit, Bear’s Native American mystic, he arrived, French fries in hand, to tease our moping protagonist and impart some more quasi-wisdom. The comedian delivered his lines so astutely and confidently… until he hilariously admitted that he didn’t know what it all meant either. “I’m just making it up as I go along!” He threw a fry in Bear’s face, quoted “Carry On My Wayard Son” and was off, leaving us in stitches. The character is nothing you’d want or expect in a guardian angel (what other spirit guides chow down on “sacred tater tots”?), which allowed Goldtooth to poke fun at stereotypes other honor his people’s past, all in one highly entertaining swoop. Perhaps most importantly, he left us wanting more. 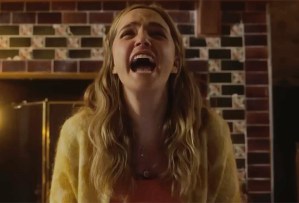 HONORABLE MENTION | As much as Pretty Little Liars: Original Sin is a show about the dangers of scarecrow-masked serial killers, it’s also a show about the complicated relationships between mothers and daughters — especially when one of them is dead. So while we figured that it would be painful to watch Imogen contact her mom via Ouija board in Episode 4, nothing could have prepared us for the devastating journey Bailee Madison would take us on in just three minutes. What began as a sweet attempt at rekindling a connection with a lost loved one quickly snowballed into a desperate interrogation. With each emotional inquiry, Imogen fell deeper into her grief until the only way out was through fury and rage. The fact that Madison was essentially acting opposite no one made this haunting performance all the more impressive. 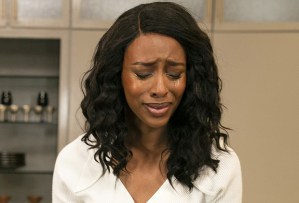 HONORABLE MENTION | sisters viewers may be frustrated with Karen (and rightly so) for her inability to accept that Zac has moved on, but if Karen being in denial means getting more performances like the one we saw from Ebony Obsidian in Wednesday’s episode, then we’re in no rush to help her see the light. The pain in Karen’s voice when she arrived at Andi’s apartment to rehash her experience set an immediate tone for what would become an absolutely heartbreaking scene to watch. You could feel the weight of the truth as it began to close around Karen, a woman on the verge — nay, in the midst — of a nervous breakdown. Angry with Zac for rejecting her but equally angry with herself for wasting so much time on him, Obsidian captured and conveyed Karen’s burden in a way that felt raw and real. Whereas we’ve often wanted to reach into the TV and shake some sense into Karen, our hands are now simply applauding Obsidian’s powerful work.

Which performance(s) knocked your socks off this week? Tell us in Comments!